Edible Chemotherapy: Could Particles From Milk Lead to the End of Infusions? 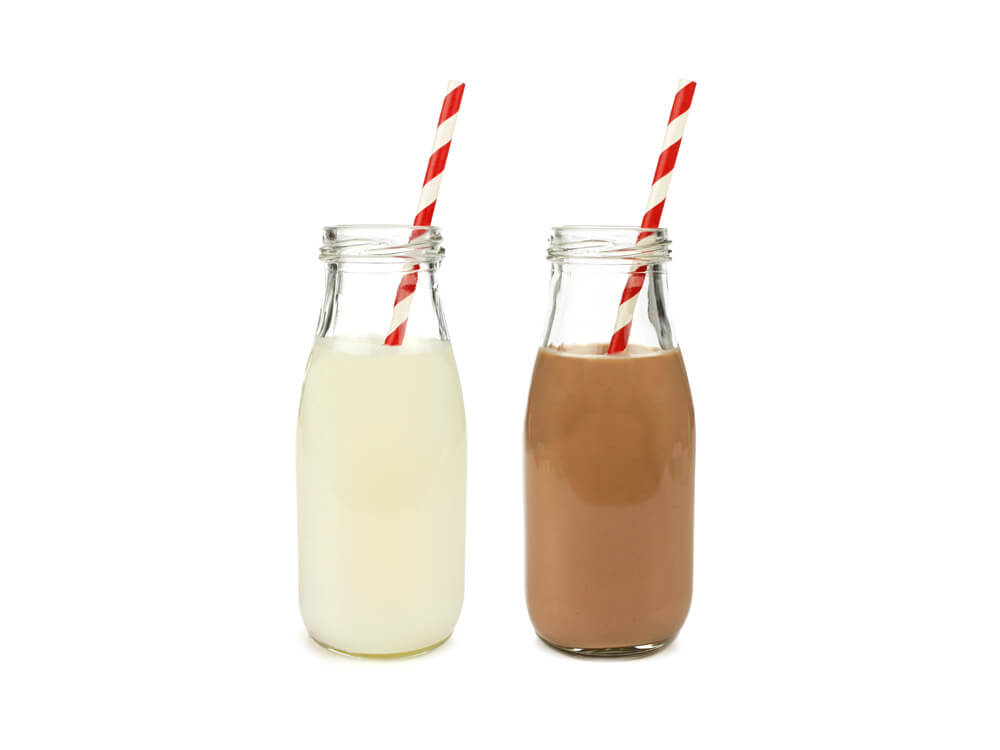 A University of Colorado Skaggs School of Pharmacy and Pharmaceutical Sciences professor received an NIH grant to figure out how milk exosomes can deliver chemotherapy.

Generally, you can’t eat chemotherapy. That’s because your digestive system breaks down the molecules you eat into smaller pieces that can be absorbed through the gut into the bloodstream.

“For example, when you eat a steak or any kind of protein, you digest it and it gets chewed up into tiny amino acids that are absorbed. This is why you can’t swallow vaccines or many other types of drugs; the environment in the stomach is simply too harsh. You have to get them injected or else they get chewed up,” said Dr. Tom Anchordoquy, an investigator at University of Colorado Cancer Center and professor at the Skaggs School of Pharmacy and Pharmaceutical Sciences. However, there is an exception to this rule.

A mother’s milk helps the baby resist infection by giving the baby antibodies, which help the immune system to recognize and respond aggressively to certain types of infections. And, importantly, these antibodies contained in milk are not degraded by the digestive system. Instead, after they are ingested, they make their way intact into the bloodstream.

The idea that components in mother’s milk avoid being completely broken down and instead deliver intact, functional molecules into a baby’s bloodstream isn’t entirely new. Anchordoquy pointed to a 2014 study in which RNA contained in special particles known as exosomes found in cow’s milk were shown to alter the expression of genes in humans who drank the milk. “But nobody believed it,” Anchordoquy said. “Of course, it’s common knowledge that the things you ingest are degraded, so even after this study, nobody really thought these particles in milk could survive the digestive system.”

A major reason that no one believed this study is that no one could understand how it could possibly work. Anchordoquy’s work provides an answer. “Your body’s endothelium, including the cells that line your intestine, has these receptors that recognize antibodies on milk exosomes. These receptors in the gut bind antibodies on milk exosomes, and transport the particles across the gut into blood,” Anchordoquy said. It’s as if the handshake between antibody and receptor opens a tiny portal, allowing only the antibody and its attached exosome to pass. Importantly, the receptor involved in this process is present in the human gut all throughout life, not just when we are babies.

There’s another very important point: “Instead of just these little particles, you can put a drug in them,” Anchordoquy said. (Other studies, which Anchordoquy said were also not widely believed, showed that drugs incorporated into milk exosomes fed to mice could later be found in the mouse bloodstream.) These exosomes in milk encase and transport the things a mother’s body wants to give to her baby. Instead, Anchordoquy hopes to encapsulate molecules of chemotherapy.

“Cows and humans are similar enough that cow proteins bind to the human receptors and are transported by the same mechanism. When you drink milk, cow exosomes bind to these receptors and it moves cow molecules into your blood,” said Anchordoquy.

Now we have the prospect of stuffing cow’s milk with chemotherapeutics, and who wouldn’t love to just drink a glass of milk or eat an ice cream cone instead of being infused?

In terms of clearing the hurdles toward becoming an actual drug delivery strategy, the idea of using milk exosomes to deliver chemotherapy has two important things going for it: First, many chemotherapy drugs have already earned FDA approval for use in humans; and second, humans have consumed cow’s milk for thousands of years and it is known to be safe.

Of course, a nod from the FDA to test milk-based chemotherapy isn’t the only hurdle. Another challenge is the processes needed to load chemotherapeutics into these particles. “That’s the trick—the process by which you load the drug,” Anchordoquy said. “That’s what we’ve got to figure out. The real barrier here is how efficiently you can load the drug into the exosome and what drugs can you load in.” Some drugs may work, while others may not. And different variations of drug design techniques may work better with some chemotherapies than others.

Anchordoquy, along with collaborator Dr. Michael Graner, associate professor in the CU School of Medicine Department of Neurosurgery, were recently awarded a research grant from the National Institutes of Health to discover and design the best possible combinations. In fact, the team is already sourcing milk from Mucca Bella Dairy (Carr, CO) and running experiments to test strategies for loading drugs into milk exosomes.

“Chemotherapy requires going to the hospital. It’s inconvenient, it forces cancer patients to be around other sick people and it costs the healthcare industry billions of dollars every year. But now we have the prospect of stuffing cow’s milk with chemotherapeutics,” Anchordoquy said. “And who wouldn’t love to just drink a glass of milk or eat an ice cream cone instead of being infused?”

This article originally appeared in August 2018 on the University of Colorado Skaggs School of Pharmacy and Pharmaceutical Sciences blog. Reprinted with permission.