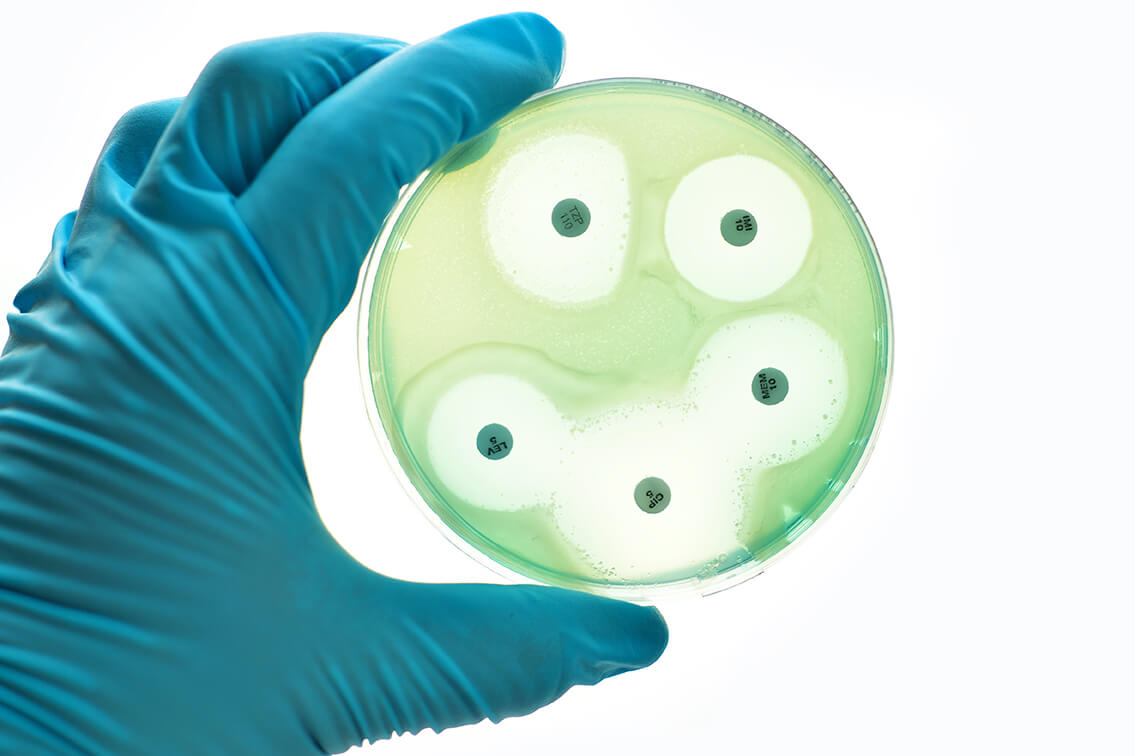 Dr. Debra Goff, an associate professor of pharmacy practice and science at The Ohio State University College of Pharmacy and an infectious disease specialist and clinical pharmacist at The Ohio State University Wexner Medical Center, was selected by the World Health Organization (WHO) to be one of 25 global experts who will help healthcare professionals and government leaders in low- and middle-income countries implement antimicrobial stewardship (AMS) plans based on a toolkit WHO published in October 2019. Goff will serve as the only American pharmacist, and one of two pharmacists, on the team who will focus on the role pharmacists can play in helping healthcare facilities ward off antimicrobial resistance (AMR). Three other Americans—all physicians—were selected to join the team.

Goff’s background in AMR, including her efforts co-founding the antimicrobial stewardship program at the Ohio State Wexner Medical Center and leading The Ohio State University – South Africa Antibiotic Stewardship “Train-the-Trainer” mentorship program, qualified her to voluntarily help WHO develop the toolkit over the last year and a half. The toolkit provides guidance on how to improve antibiotic prescribing practices and perform AMS interventions to reduce the risk of AMR.

When helping to develop the toolkit, Goff said that she focused on scaling up the role pharmacists play in the AMS strategies being proposed. “The pharmacists in many of these countries have the knowledge, but they’re not empowered to do anything besides dispense and replace ward stock,” Goff said. “This toolkit is going to show them how a pharmacist has the drug therapy knowledge to make interventions and how they are going to add that into their existing day—and add this additional responsibility to impact patient care.”

The pharmacists in many of these countries have the knowledge, but they’re not empowered to do anything besides dispense and replace ward stock. This toolkit is going to show them how a pharmacist has the drug therapy knowledge to make interventions and how they are going to add that into their existing day—and add this additional responsibility to impact patient care.

Goff’s experiences with AMS training programs in South Africa and in other countries have prepared her for challenges that may lie ahead in the WHO initiative. “In most countries, there aren’t enough pharmacists, physicians or nurses, and so you have to take the existing workforce and scale up their knowledge,” she said.

Another barrier Goff anticipates is altering the sometimes decades-old prescribing habits of physicians. “When you perceive you’ve done no harm to a patient, it’s really hard to try to change your instinct to prescribe. But we’re running out of effective antibiotics; resistance rates are escalating around the world,” she said.

Goff points to the overuse of antibiotics and a decline in the development of new antibiotics as driving a global crisis of AMR that is particularly devastating to low-resource parts of the world. “It’s so encouraging to see this very specific toolkit for low- and middle-income countries be released, and have teams of experts that know how to execute this no matter what the barriers are,” she said. “We’re done talking about it, we need action, and that’s what this toolkit and this initiative are allowing us to do. We are going to those countries and we are going to teach them one-on-one how to do this.”

Reprinted with permission from The Ohio State University College of Pharmacy.

Dr. Brian Tsuji, professor of pharmacy practice and associate dean for clinical and translational sciences at the University at Buffalo School of Pharmacy and Pharmaceutical Sciences, is the principal investigator on a five-year, $3.92 million R01 grant from the National Institutes of Health to continue his groundbreaking research to fight antibiotic-resistant bacteria. The grant, titled “Novel Strategies for Antibiotic Combinations to combat Gram-negative Superbugs,” is the second-largest R01 NIH grant in the history of the School of Pharmacy and Pharmaceutical Sciences, the first being Tsuji’s 2014 $4.4 million grant to develop new dosing regimens for polymyxin antibiotics.

Multidrug-resistant bacteria have been classified as an urgent public health threat in the United States and around the globe. These bacteria are resistant to all current antibiotics and can cause a variety of diseases, from pneumonia and other respiratory infections, to serious blood or wound infections. Tsuji's superbug research, which has been continuously funded by the NIH since 2008, investigates optimizing drug combinations to maximize antibacterial activity and minimize resistance and toxicity.

“Our team of amazing students and scientists worked very hard to generate both mechanistic and clinical data to demonstrate new ways of how to use our existing antibiotics to combat resistance,” Tsuji said. The project is co-led by Jürgen Bernd Bulitta, an associate professor in the Department of Pharmacotherapy and Translational Research at the University of Florida College of Pharmacy. Clinical Associate Professor Dr. Raymond Cha also played a critical role providing new clinical perspectives into antibiotic selection for critically ill patients infected with these difficult to treat infections.

Reprinted with permission from the University at Buffalo School of Pharmacy and Pharmaceutical Sciences.