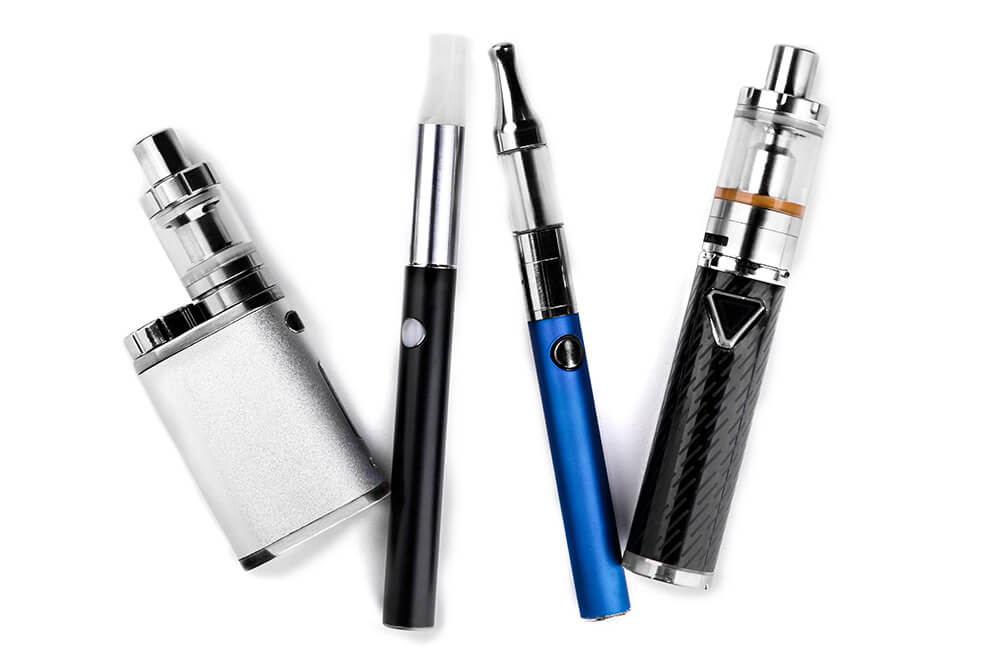 Vaping and e-cigarettes, widely used as a substitute for traditional tobacco cigarettes, made headlines in 2019 in an outbreak of respiratory illness and lung injury across the United States. By Sept. 6, there were more than 450 cases of lung illness potentially associated with e-cigarette use reported nationally, with six related fatalities confirmed.

Investigations into the outbreak included both federal agencies and state health organizations, as well as the Arizona Poison and Drug Information Center at the University of Arizona College of Pharmacy. Researchers eventually identified vitamin E acetate as a major culprit in the lung injuries, mostly found in patients who had used THC-containing substances in their vaping products.

Although vaping-associated lung injuries have leveled off or declined, the issue could have a lasting impact on pharmaceutical school curricula and pharmacy practice. At the University of Arizona College of Pharmacy, leaders are beginning to incorporate vaping into the school’s curriculum. For example, a toxicology elective offered to student pharmacists at the Arizona Poison and Drug Information Center now includes lectures that scrutinize the vaping outbreak. In this elective, students examine the characteristics and risk factors of the vaping-related illnesses. Students consider not only what was causing these respiratory illnesses but also how pharmacists can use their knowledge to make recommendations that help protect patients.

“The whole point of the toxicology course is to give student pharmacists exposure to [the specifics of] overdose,” said Dr. Steven Dudley, toxicologist and managing director of the Arizona Poison and Drug Information Center. “You spend your entire didactic career looking at how to get somebody from non-therapeutic to therapeutic on a drug state, but you rarely, if ever, talk about what happens if you go over, if you overshoot, whether that's accidentally or intentionally. And that's a whole other side of the coin when it comes to pharmacy knowledge.”

Getting the Facts on Vaping

Vaping has also become a hot topic when talking about smoking cessation. Several courses at the University of Arizona College of Pharmacy that already address smoking cessation now also include new information on vaping. These courses give student pharmacists the necessary knowledge and tools to offer appropriate smoking-cessation recommendations or referrals to their future patients.

The College of Pharmacy’s Self Care Therapeutics course, for example, teaches students how to evaluate a patient who is concerned about smoking. Students learn what over-the-counter therapies to recommend, such as nicotine replacement therapy (NRT). While vaping is often marketed as a smoking-cessation tool, NRT does not include vaping products.

“With [NRT], the healthcare provider is able to quantify the amount of nicotine the patient is receiving and slowly reduce the amount over weeks to months until the patient is no longer dependent on the nicotine,” said Dr. Bernadette Cornelison, assistant professor, Department of Pharmacy Practice and Science. “However, similar to cigarettes, there is not a fixed dose of nicotine in the [vaping] product, making it difficult to wean a patient.”

Vaping products have not been approved by the FDA as a healthier alternative to tobacco products. However, because vaping may be marketed as such, future pharmacists should be informed and prepared to answer patients’ questions regarding vaping as a smoking alternative.

Cornelison noted that there is currently a lack of evidence to support vaping as a smoking-cessation tool. Vaping products also have not been approved by the FDA as a healthier alternative to tobacco products. However, because vaping may be marketed as such, future pharmacists should be informed and prepared to answer patients’ questions regarding vaping as a smoking alternative. “We do include [in the course] that if a patient is vaping, the student should also work with the patient to quit vaping using similar methods as smoking cessation,” she said.

Updating curricula is one way that pharmacy schools can build on research and investigations, such as those being conducted on vaping-related illnesses. Staying up to date on pharmacy’s constant changes can help pharmacy schools stay competitive and relevant to the needs of both students and patients.

By incorporating new research on vaping specifically, pharmacy schools can provide students with important, current information about potential overdose and toxicity. Graduates then have an advantage that helps them make an immediate impact in their chosen career path, whether that is research or patient-facing.

“It's all related back to the healthcare role that we're assuming,” Dudley said. “If there are complications from a public health standpoint, who better than [a pharmacist] to be able to step up and say, ‘Hey, because we know how this drug works, let's discuss how we can help treat this or how to prevent this becoming a bigger outbreak than it already is.’”