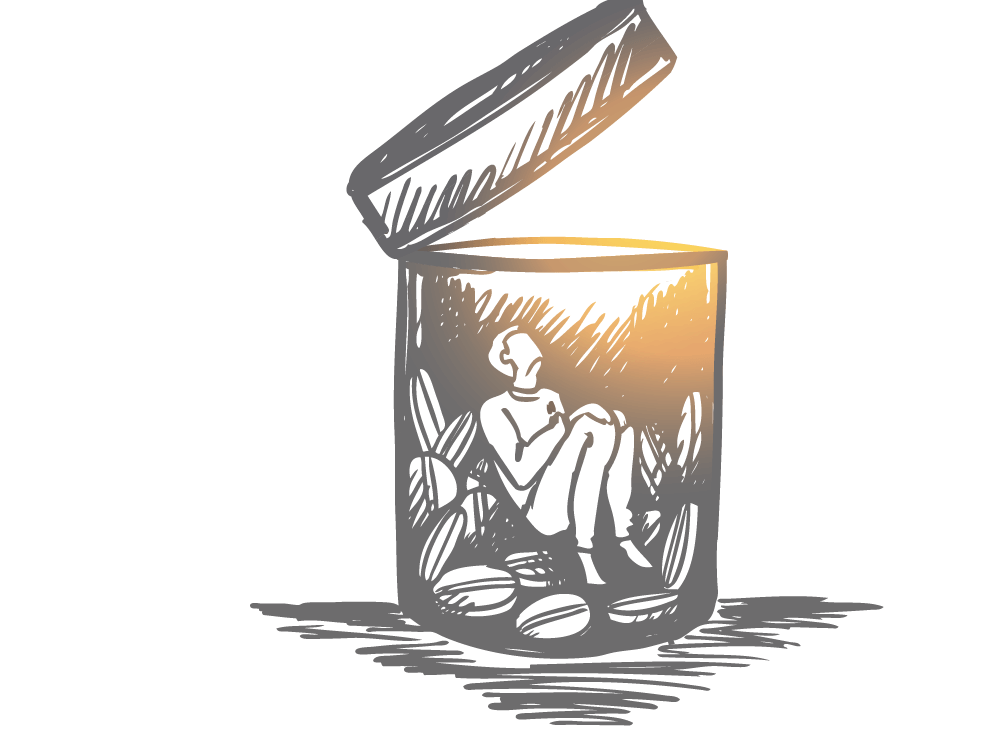 Doubling Down on Drug Disposal

One of the greatest roles pharmacists play in the opioid crisis may be changing the public mindset about saving medications. Schools of pharmacy are reducing the accumulation of prescription medications in medicine cabinets, minimizing the risk that those drugs might be stolen and abused, by having student pharmacists connect with the public at drug take-back events to convince people that it is unsafe to keep prescriptions that are no longer needed. “The biggest motivator for safe medication disposal is really understanding where the problem of our opioid epidemic and controlled substance diversion comes from: legitimate prescriptions that have gotten into the wrong hands,” said Dr. Krystal Riccio, associate professor of pharmacy practice at Roseman University of Health Sciences College of Pharmacy.

Patients are motivated to give back their unused medications after seeing the connection between addiction and diversion of prescriptions, and student pharmacists are motivated to continue the cause, knowing that they are making an enormous impact. Students at the St. Louis College of Pharmacy (STLCOP) having been doing door-to-door drug take-backs since 2011, collecting more than 2,200 pounds of medications. The school was also a founding member of the Missouri Prescription Pill and Drug Disposal (MO P2D2), which has positioned more than 25 medication disposal boxes across the region. Between these efforts and the national take-back days organized by the Drug Enforcement Administration (DEA), 124 tons of medication have been collected in the St. Louis metro area since 2011.

It’s incredibly helpful for students to see what people dispose of because I think that they have this perception that when they give medications at the pharmacy counter, patients take most of it and are adherent. When they see what patients are getting rid of, they realize that is not always the case.

At Roseman, tens of thousands of pounds of medications have been removed from Nevada communities at drug take-back events since 2010. Last year alone, students distributed nearly 2,000 safe disposal bags for controlled substances within the Las Vegas area. “It’s pretty crazy how quickly people responded to the call to dispose of their medications,” Riccio said. Such willingness showed Riccio that this is how to address diversion: by making safe medication disposal a habit. 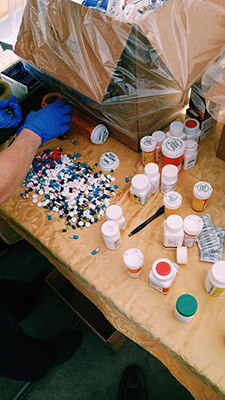 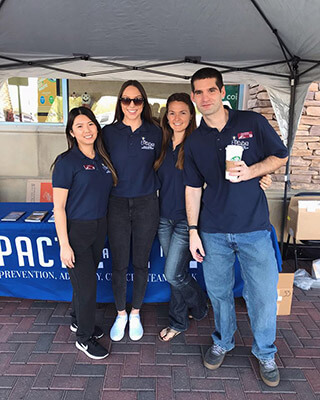 “Schools partnering with their communities can have a direct impact on medication disposal,” said Dr. Amy Tiemeier, director of community partnerships, associate director of experiential education and associate professor of pharmacy practice at STLCOP. “Even though the DEA does national take-back days twice a year, many of our seniors have limited transportation, potentially limited mobility and they might find it challenging to get to one of those drop-off locations on take-back days.” The college partnered with the city Agency on Aging to reach residents in independent senior living facilities.

The school plans its door-to-door drug take-back for the week prior to the spring national take-back day. DEA officers escort students, adding the medications they acquire to the pile they will collect on the national take-back day, covering the cost of incineration. Students provide flyers to facilities in advance so residents can have their medications ready to go. Then Tiemeier and students, sometimes accompanied by facility managers to lend familiarity, knock on doors and take back unused medications.

“It’s incredibly helpful for students to see what people dispose of because I think that they have this perception that when they give medications at the pharmacy counter, patients take most of it and are adherent. When they see what patients are getting rid of, they realize that is not always the case,” Tiemeier said. “Students also think that people get rid of their medications when they expire, but sometimes we see things that are five, 10 years old or even older.”

Recently, Tiemeier and her students took back eye drops that were from the late 1990s. The woman said she was holding on to them just in case something happened to her eyes. “It was a good educational opportunity for us to say, ‘This is really not safe. These are not good anymore.’ But people say, ‘Oh, this medicine helped me and I don’t want to spend the money again,’ so they will hold on to it,” she said. “It’s good for students to see those kinds of things and realize that they need to be educating at the pharmacy counter when they dispense and cannot just assume adherence.”

Looking at refill rates for adherence may be the best measure that pharmacists have, but in doing these take-backs, Tiemeier and her students have seen that people do some strange things with their medications, like pouring their refills into expired bottles or getting their refills but only taking a few pills. “From a perspective of looking at a database, it looks like they have been adherent because they keep getting their refills, but when you actually go and look, they haven’t been taking their medications at all,” said Tiemeier, who also serves as president of the MO P2D2. The St. Louis College of Pharmacy maintains a website that lists permanent medication disposal boxes in the area and students volunteer at the city’s Earth Day activities, which includes a recycling extravaganza where people can safely toss out their medications, drive-through style, as they recycle other goods.

[W]hen I really think about the success of our Drug Abuse Awareness Team, it started with students and students continue to carry the legacy forward. Without my students being passionate about it, it would not have sustained itself.

Students at Roseman started a Drug Abuse Awareness Team (DAAT) in 2007 after hearing that a nearby high school found black tar heroin on its campus. Roseman student pharmacists thought high school students might make smarter choices if there were better efforts to educate them. Roseman students created a curriculum, had it approved by the school district and began visiting middle schools and high schools. “We identified that disposal was a big issue,” Riccio noted. “We had to get people to get rid of the unnecessary medications that were in their homes so that they were not offering easy access to many of the medications that students were utilizing.”

Students on the Drug Abuse Awareness Team go to health fairs and pharmacies hosting drug take-back events to educate the public on proper medication disposal. Students also give medication disposal bags as a wraparound service for people who did not bring medications with them but want to discard them safely. “From a state perspective, these safe disposal bags have made a big impact on how we can manage smaller amounts of drugs taken back while waiting for biannual drug take-back events,” Riccio said.

DAAT students are also trying to address the opioid epidemic by going upstream, continuing to educate the youth by visiting middle schools and high schools. “It takes a passionate group of students who want to make a difference,” Riccio said of drug take-back programs. “I attend a lot of meetings and I identify community partners, but when I really think about the success of our Drug Abuse Awareness Team, it started with students and students continue to carry the legacy forward. Without my students being passionate about it, it would not have sustained itself.”

Relationships are vital, too. Schools looking to start door-to-door drug take-backs must find that partner to connect them to senior living facilities. Local or national law enforcement is critical. Schools must research state requirements for proper disposal, find the available access points, plan ahead and line out the whole path toward action.

Still, the biggest issue in getting rid of medications is convincing people that they’re unnecessary. “When you show up with drug take-back bags and you say they’re for disposal of medications like opioids, people laugh at you, like, ‘Why would I get rid of them?’” Riccio said. “So I say, ‘Let’s think about this a different way. I know you wouldn’t misuse your medications, but perhaps someone in your household or a visitor comes across it, that might be a temptation for them.’ That’s probably the biggest impact that we’ve had in the community—getting people to see that we’re not always in control of the medications in our medicine cabinets.”