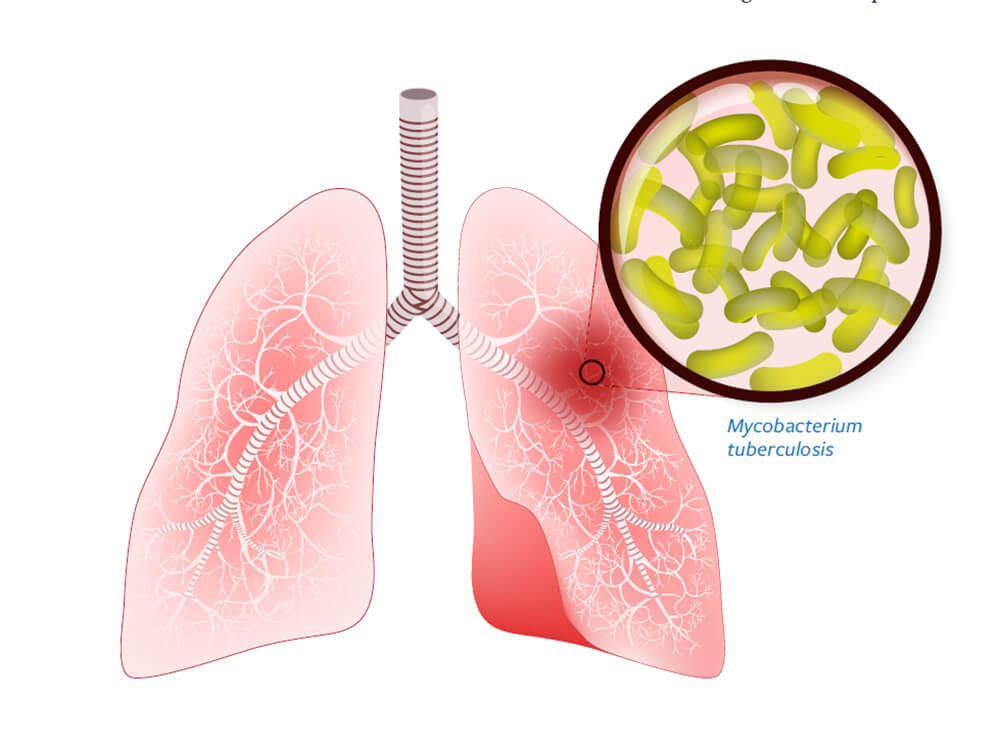 Research by a University of Connecticut School of Pharmacy professor shows promise in thwarting the drug-resistant pathogen.

Tuberculosis (TB), an ancient and notoriously difficult disease to treat, has killed millions through the course of human history, and the antibiotics that have been used to fight the disease in recent history are becoming less and less effective. In the face of this reality, Dr. Dennis Wright, professor of medicinal chemistry in the University of Connecticut School of Pharmacy’s Department of Pharmaceutical Sciences, has improved upon a new way to thwart the tricky pathogen, mycobacterium tuberculosis (Mtb).

Though it may not be apparent in the United States, TB is the leading deadly infectious disease in the world, now surpassing HIV, said Wright. And the areas worst affected by TB are those that are becoming increasingly industrialized, including China, Russia and India. Current treatment protocols require the use of multiple drugs, due to the bacteria’s uncanny ability to develop resistance to individual drugs. Drug-resistant strains may be on the rise due to poor adherence to treatment protocols, said Wright. “First-line therapy for drug-susceptible TB is by using three to four drugs in combination,” he said. “The mixture is necessary because the pathogen is a master at developing drug resistance.”

The treatment time is also at least six months for drug-susceptible strains; for drug-resistant tuberculosis, it can be 18 months and often longer. Unfortunately, that means adherence to the full treatment, especially in less industrialized areas, is unlikely or impossible for many, he said.

A Different Way to Target the Bacteria

Wright is taking a new approach, developing drugs that target the bacteria in different ways from previous classes of drugs. He said this approach is intended to help circumvent the pathogen’s resistance to existing drugs. In recent years, research into the disruption of the folate pathway in Mtb has been explored as a means of treating the infection. The folate pathway is essential for the production of nucleic acids, or the building blocks of DNA and RNA—the information needed for organisms to reproduce or replicate.

Since it is so important for survival, the folate pathway is also highly conserved, meaning that antifolate drugs could target bacteria, fungi, parasites but also humans. Therefore, just the right compound is needed to ensure that the pathogen, and not the host, is impacted. “It is easy to make very potent antifolate compounds, but the challenge is in not impacting the human folate pathway,” Wright explained. “TB is very interesting because even though the folate pathway is highly conserved, there are a lot of differences in TB and human throughout the pathway, and those differences are what we are trying to target.”

The promise for antifolate medications as a new class of drugs for the treatment of TB and many other diseases is great. However, there is currently only one antifolate used to treat TB, called para-aminosalicylic acid (PAS). Wright and his team compared PAS with 60 antifolates they designed to target a very specific component of the folate pathway called dihydrofolate reductase (DHFR). A collaborator screened the compounds in cultures of Mtb, including drug-resistant strains. “The TB and human DHFR enzymes differ very slightly, but in fact, that single amino acid change in the drug binding site is enough to give us selectivity,” he said. Not only did the compounds have selectivity in inhibiting the pathogenic DHFR, but they also impacted the ease with which the drug enters the bacterium.

Wright said getting the drugs in is challenging because TB is one of the hardest microorganisms to penetrate. “It is so drug-resistant due to the waxy outer coating, and because it can hide from the immune system.” Classical antifolates, like methotrexate, require active transport into cells; however, the compounds developed by Wright and his team enter the cell passively. Wright said the folate cycle may also play a role in the bacterium’s ability to produce its protective waxy coat, meaning that it could make it easier for other drugs to get in and help clear a TB infection.

Wright noted that these two findings were validation that the compounds were targeting what they had hoped to target. Overall, the researchers found their compounds to be more effective than PAS. He is hopeful that funding agencies will be interested in this promising class of drugs. More work is needed to bring them to the market for the treatment of TB. “As people are traveling more,” he noted, “I’m not sure how long TB will stay isolated.”

Elaina Hancock is a science writer at the University of Connecticut, writing for UConn Today and UConn Magazine. Reprinted with permission.