At the Opening General Session, the world-renowned presidential historian Doris Kearns Goodwin, Ph.D. will reflect on more than 150 years of U.S. history to put into context our most recent unprecedented presidency – a fast-paced, unpredictable and at times impulsive Administration. By sharing her deep understanding of the ambition, resolution and resilience of some of our nation’s most revered presidents, Dr. Goodwin explains how past setbacks and triumphs shed light on the cultural, economic and political transformations that define today’s turbulent times. With a goal of educating and entertaining audiences, Dr. Goodwin brings to life some of our most successful presidents to provide insight for today’s leaders, and to demonstrate that however fractured our modern political culture has become, our democracy is also resilient and has survived—even thrived—through more troubling times in the past.

Dr. Goodwin is the author of six critically acclaimed and New York Times best-selling books, including her most recent, The Bully Pulpit: Theodore Roosevelt, William Howard Taft, and the Golden Age of Journalism (November, 2013). Winner of the Carnegie Medal, The Bully Pulpit is a dynamic history of the first decade of the Progressive era, that tumultuous time when the nation was coming unseamed and reform was in the air. Steven Spielberg’s Amblin Partners has acquired the film and television rights to the book.

Dr. Goodwin was awarded the Pulitzer Prize in history for No Ordinary Time: Franklin and Eleanor Roosevelt: The Home Front in World War II, and is the author of the best sellers Wait Till Next Year, Lyndon Johnson and the American Dream and The Fitzgeralds and the Kennedys, which was adapted into an award-winning five-part TV miniseries.

Precision Medicine – The Future is NOW: Evidence, Practice and Educating the Future Workforce to Lead 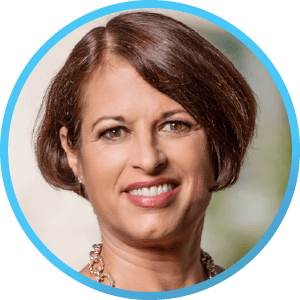 Dr. Johnson is dean of the University of Florida College of Pharmacy, and distinguished professor of pharmacy and medicine. Dr. Johnson’s research focuses on cardiovascular pharmacogenomics and genomic medicine implementation, for which she has been named a Clarivate Analytics Highly Cited Scientist in 2015, 2016, 2017 and 2018, indicating she is in the top 1% of the most highly-cited scientists in the her field globally. She has led clinical pharmacogenetics implementation at UF Health since 2011 and has been funded by NHGRI’s IGNITE network (focused on genomic medicine implementation) since 2013. 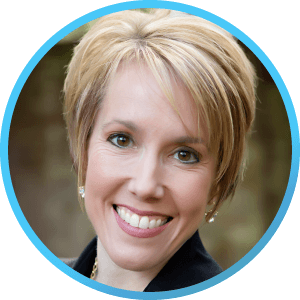 Dr. Wiisanen is currently clinical professor in the Department of Pharmacotherapy and Translational Research at the UF College of Pharmacy, associate director for pharmacogenetics and education for the UF Health Precision Medicine Program, and director of continuing pharmacy education for the College of Pharmacy. Dr. Wiisanen provides leadership in implementing clinical pharmacogenetics services at UF Health, serves as the residency program director for the UF postgraduate year 2 (PGY2) Pharmacogenetics Residency Program, and leads the annual UF Precision Medicine Conference.

As healthcare systems experience a transition from a focus on volume of care to value, and as the delivery of that care increasingly occurs through interprofessional teams, there is a critical opportunity for academic institutions to catalyze efforts that establish collaborations between pharmacists and physicians in a manner that produces value to patients, providers and payers. Drawing on her experience as a primary care clinician as well as community organizer, Dr. Mader will not only highlight the timely value proposition of the clinician-pharmacist partnership to improve care delivery, but how to lead efforts that create broader integration of clinical pharmacists on the frontlines of primary care. Joining her will be Dr. Morris-Singer, who will partner with Dr. Mader to showcase a variety of leadership and advocacy practices for the next generation of pharmacy practitioners and academic centers, and how to incorporate tried and true “change-agentry” strategies into our day-to-day lives to accelerate reform. 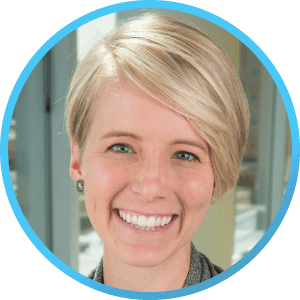 Dr. Mader is a national advocate for a new vision of leadership and change-making in health care. She is a practicing family physician in Denver, Colo., and an advocate for achieving health equity through innovative medical education, leadership and team development, and community-based health change. Dr. Mader is co-founder and co-director of the DAWN interprofessional student-run free clinic at the University of Colorado and is co-director of undergraduate medical education in the Department of Family Medicine. She is a national coach and trainer with Primary Care Progress, a 501c3 dedicated to providing Relational LeadershipTM individual and team development to those on the front lines of primary care transformation. Dr. Mader regularly speaks around the country about Relational LeadershipTM strategies to accelerate change within systems and communities, including healthcare. She is an assistant professor in the University of Colorado School of Medicine and School of Public Health, teaching interprofessional health students and family medicine residents. She earned her medical degree from the University of Florida. She completed her residency training and a fellowship in community medicine and public health at the University of Colorado.

Dr. Morris-Singer is a general internist by training and a community organizer who founded the national non-profit Primary Care Progress in 2010, to support the people at the heart of primary care through leadership development and community-building. He speaks and writes extensively about relational leadership practices and specific strategies for team-building in healthcare. He co-founded the Relational Leadership Institute at Oregon Health and Science University in Portland, Ore., where he is a member of the Department of Family Medicine.